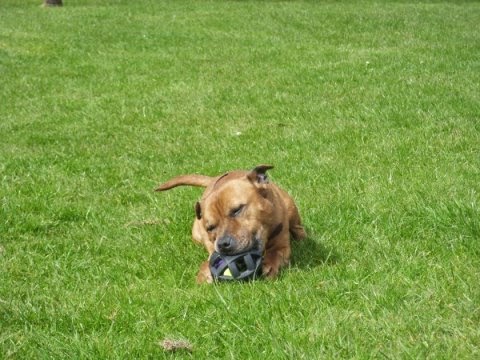 There had been a significant birthday in the family and one of the gifts received was two nights away at the Dog Friendly Nae limits Cabin in Kirkmichael, Perthshire.  The sun shone and it was a fabulous wee break. The hotel itself could do with a bit of investment but it was very dog friendly and even served breakfast in the bar so that dogs and owners could sit together as the only place dogs weren't allowed was the restaurant. There were lots of walks on hand including one up through the other cabins (it did say dogs on lead there) down the track from the hotel into the village and the dog friendly Stathardle Inn which was excellent for a meal and had a fabulous beer garden. Or down the track and through the field down to the river bank and the playing field.

We also visited Fortingall where the oldest tree in Europe and possibly the world is stood - The Fortingall Yew. (dogs are not allowed in the church yard where the tree is but it is still a fascinating piece of history) We took a trip to Aberfeldy and found a small ice cream shop (Coffee and Cones) where there was a fridge full of flavours to choose from Whilst trying to decide what flavour to have we were told Roscoe was very welcome to come inside and help us choose.

We then headed to Pitlochry and sat in the sun at The Old Mill Inn where there were water bowls outside and umbrellas to provide shade, this was followed by a walk at Queens view just outside Pitlochry which is another beautiful piece of history.

It was a weekend filled with good food (especially at the Strathardle Inn) swims in rivers, long walks, sunshine and comfy beds. Whats not to like for a lowly Rescue Staffie!!! 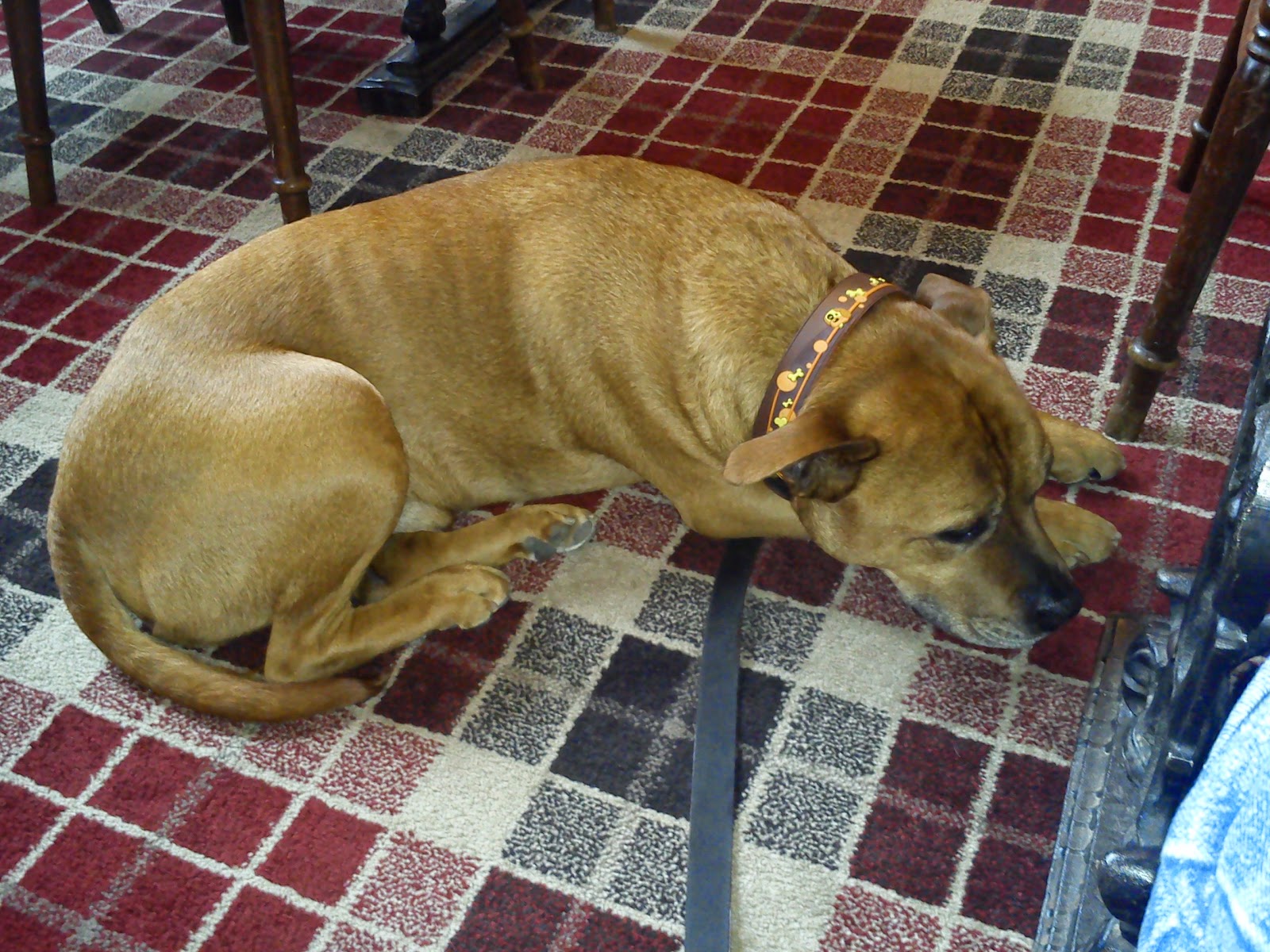 Lying peacefully in Starthardle Inn whilst humans enjoyed steak and lobster! Yes he got a bit of steak!! 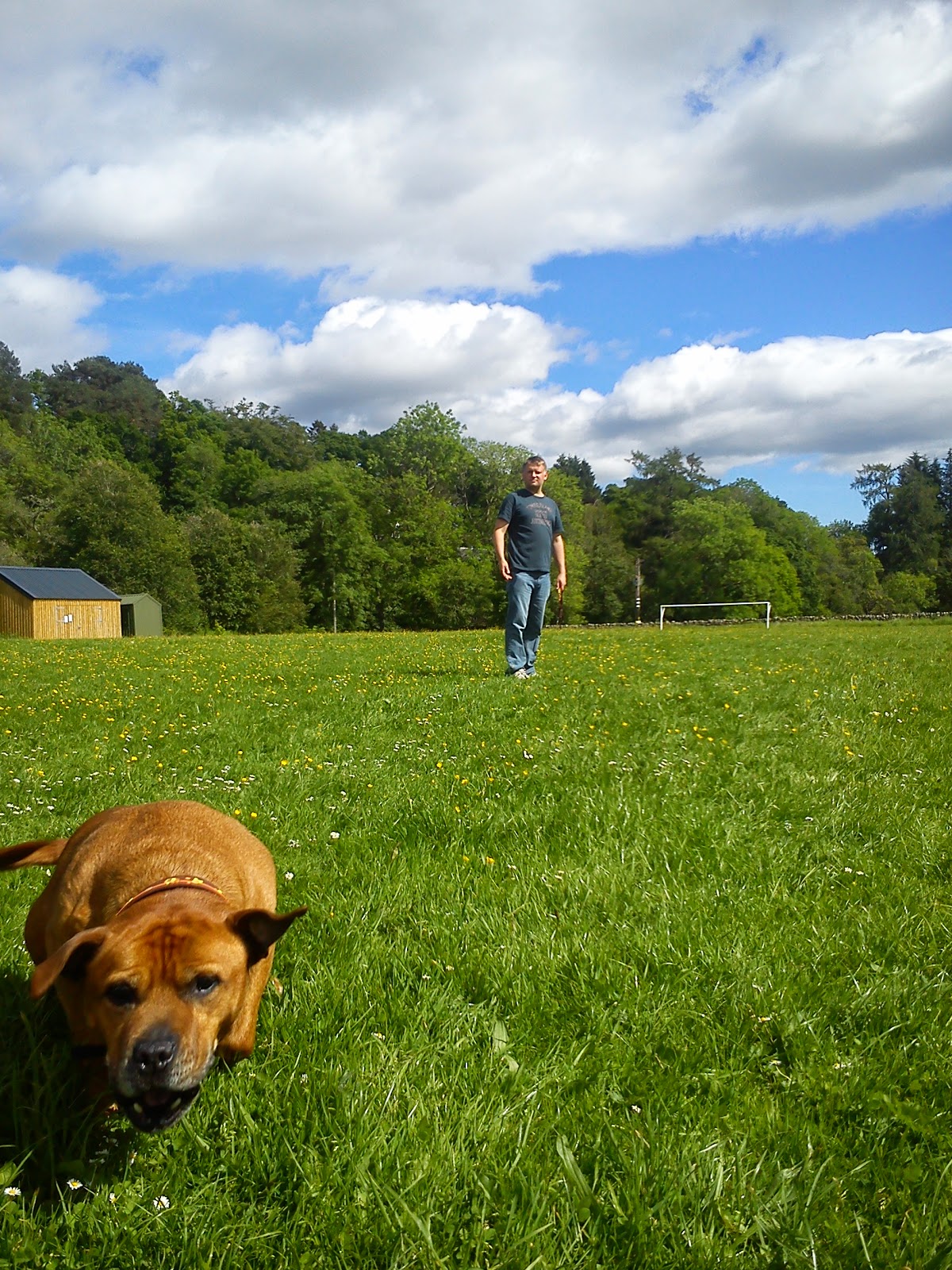 In full flight to catch frisbee at Kirkmichael 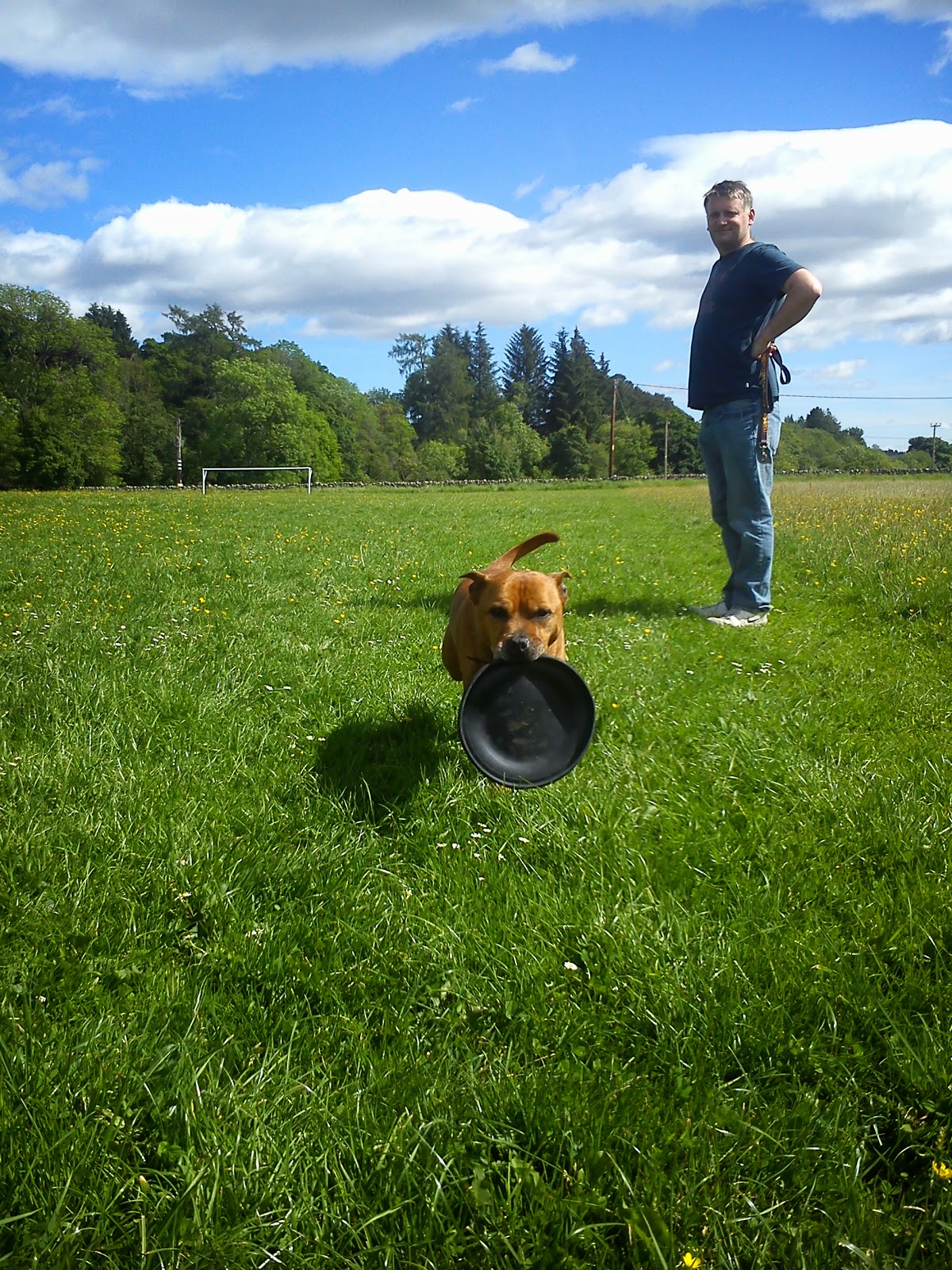 He caught it this time 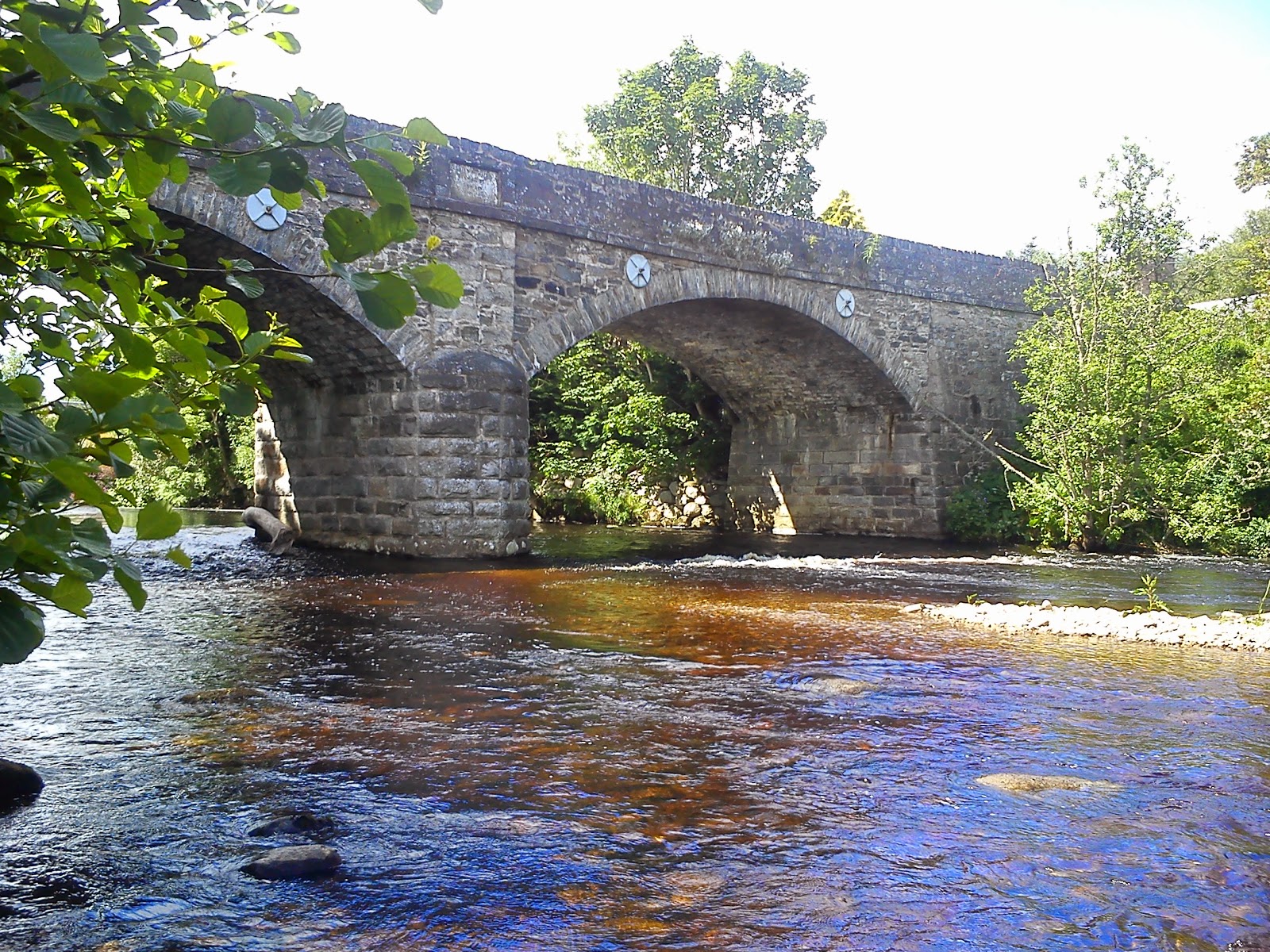 Beautiful scenery - Down by the riverbank 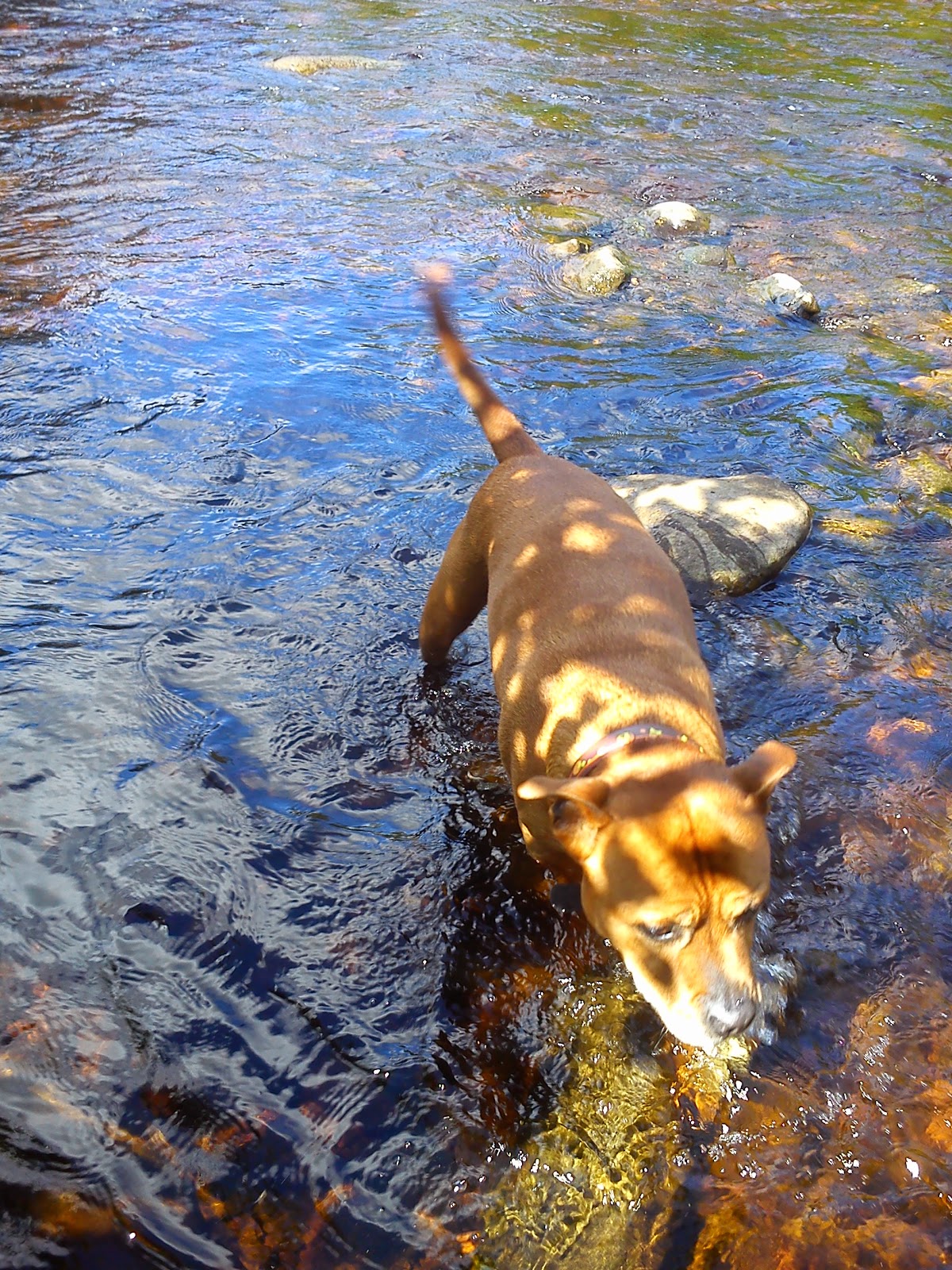 cooling off in the river 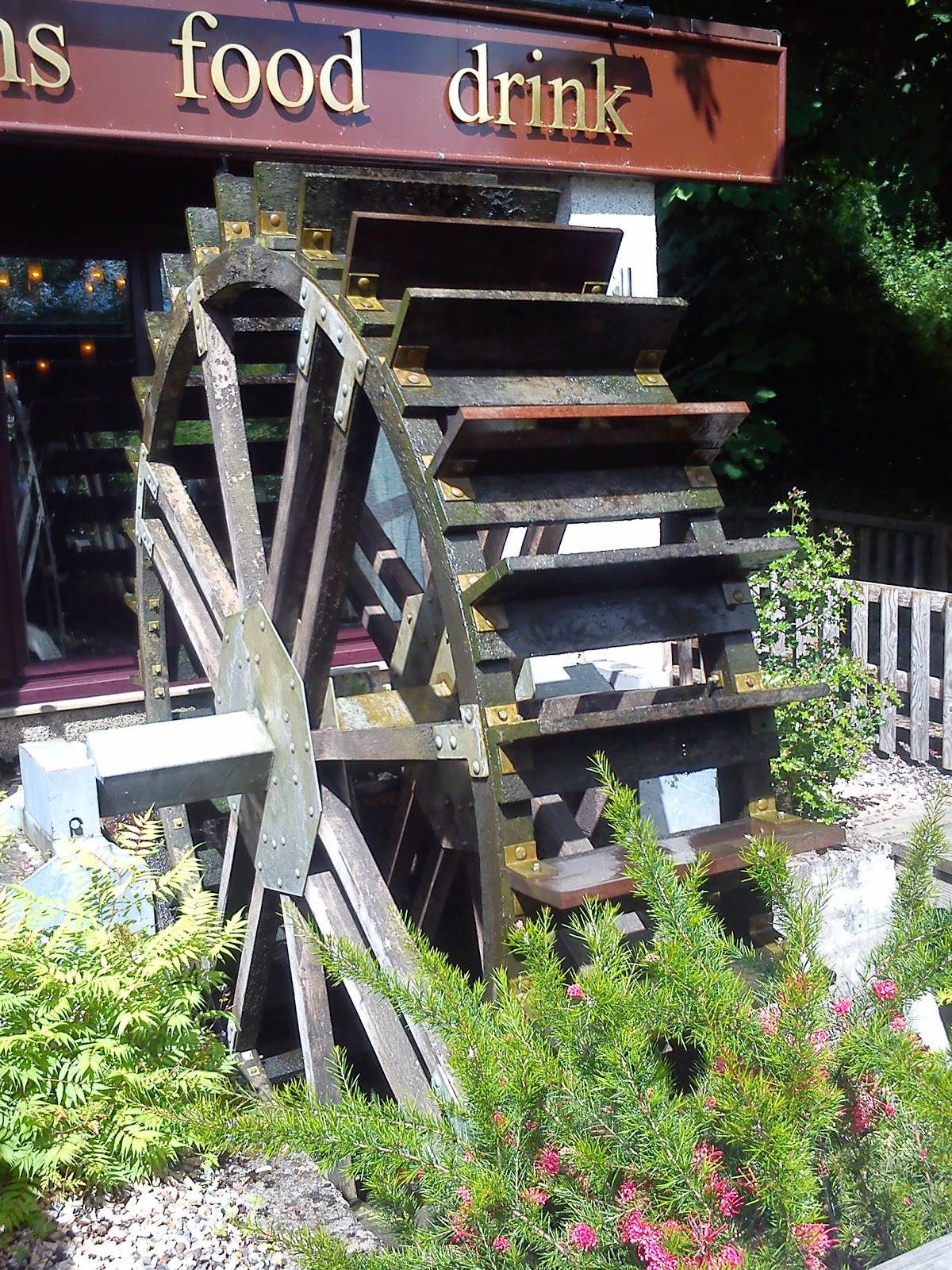 The Old Mill Pitlochry - pitstop for cold water for Roscoe and cold beer for the humns! 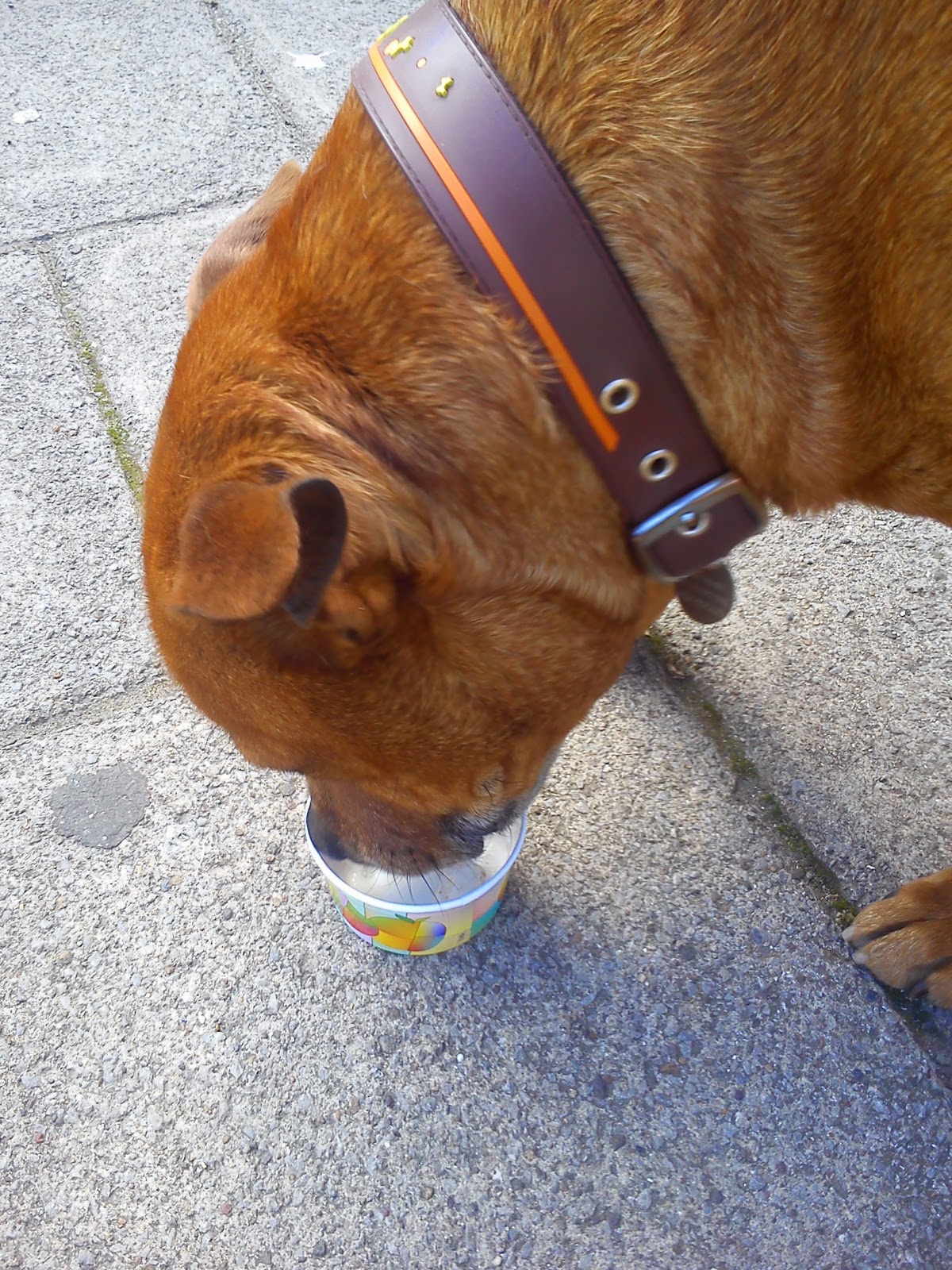 Enjoying Ice cream from the friendly Coffee and cones in Aberfeldy 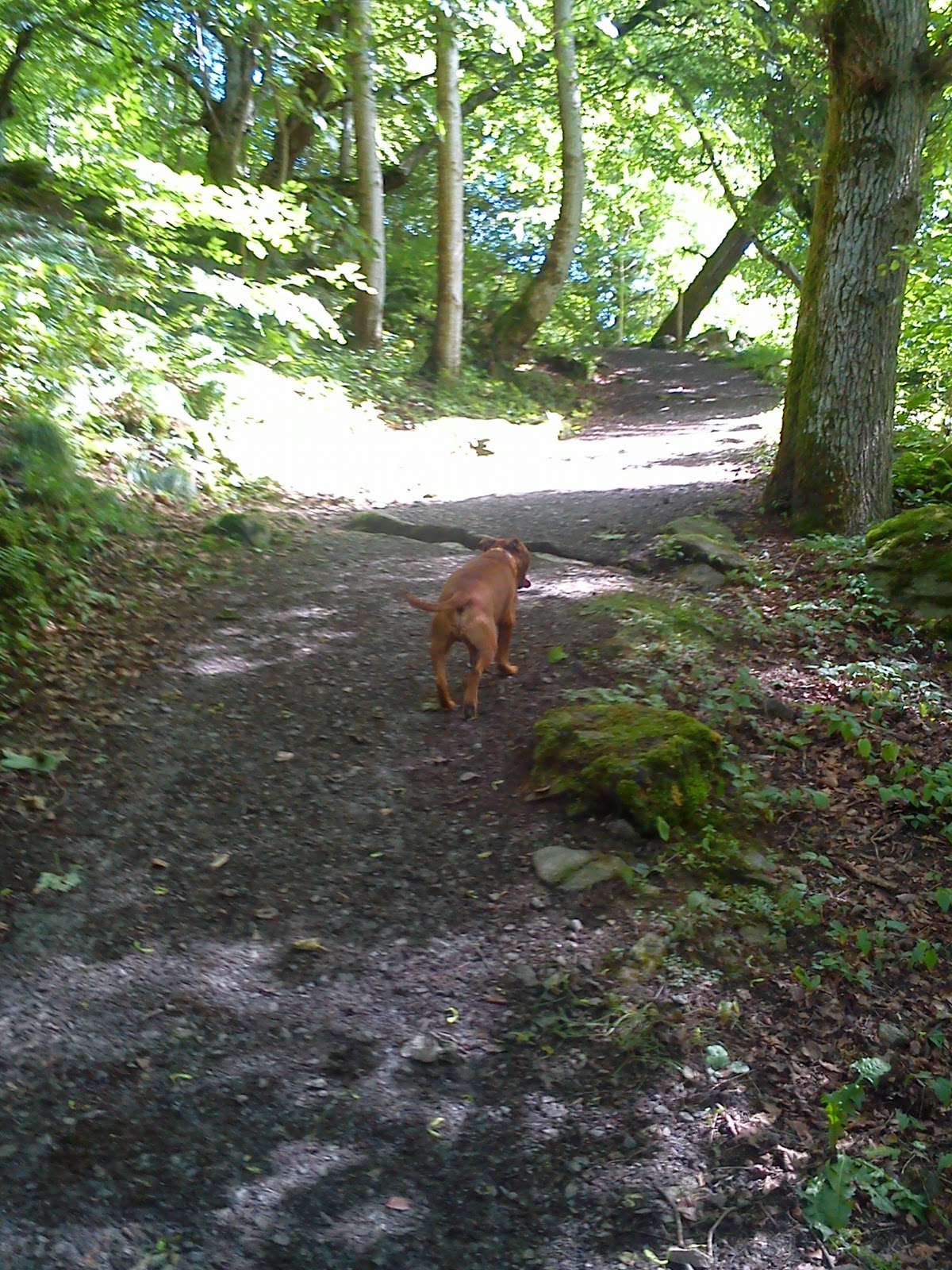 A walk in the shade at Weem forest 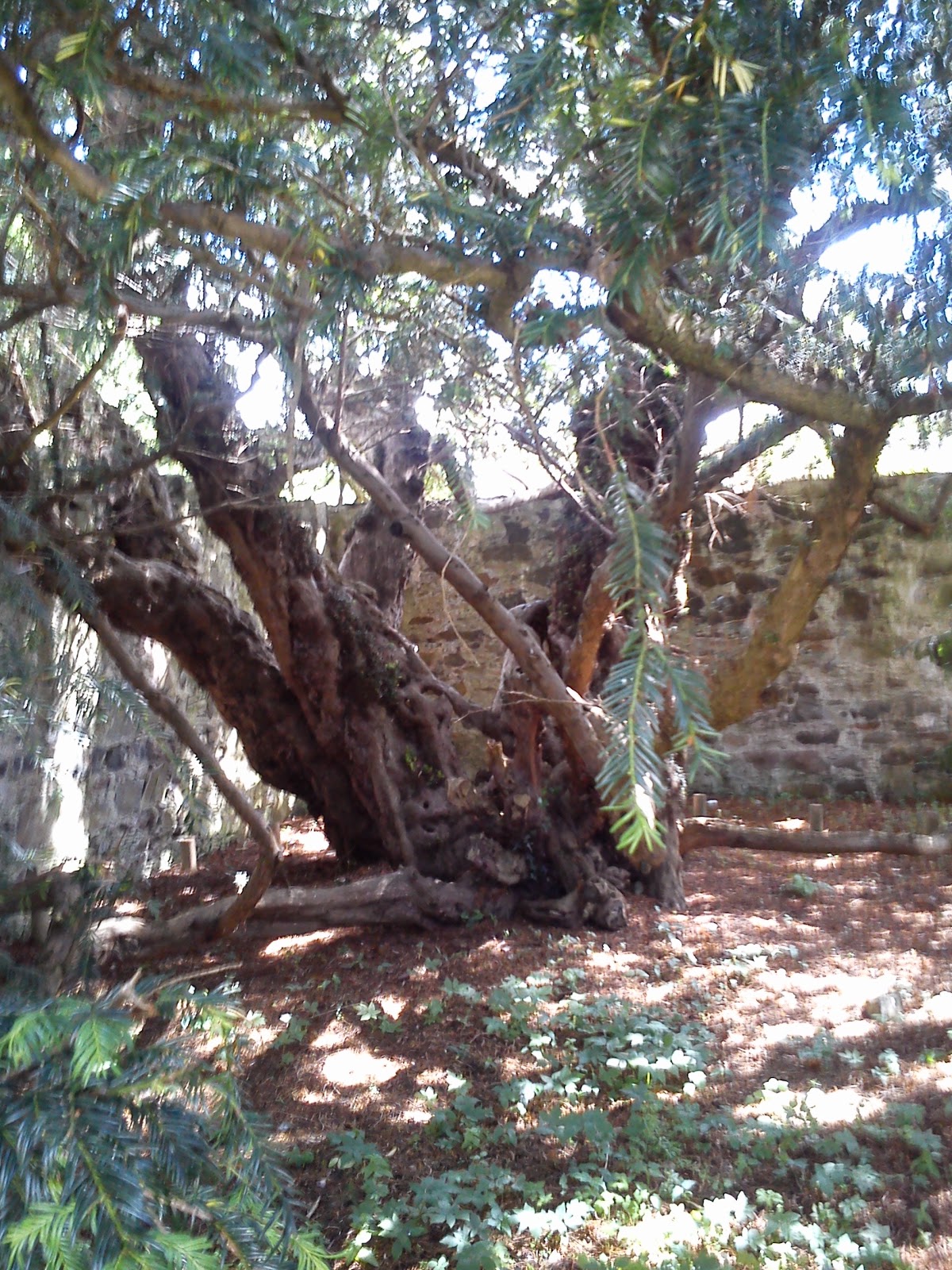 The old yew at Fortingall 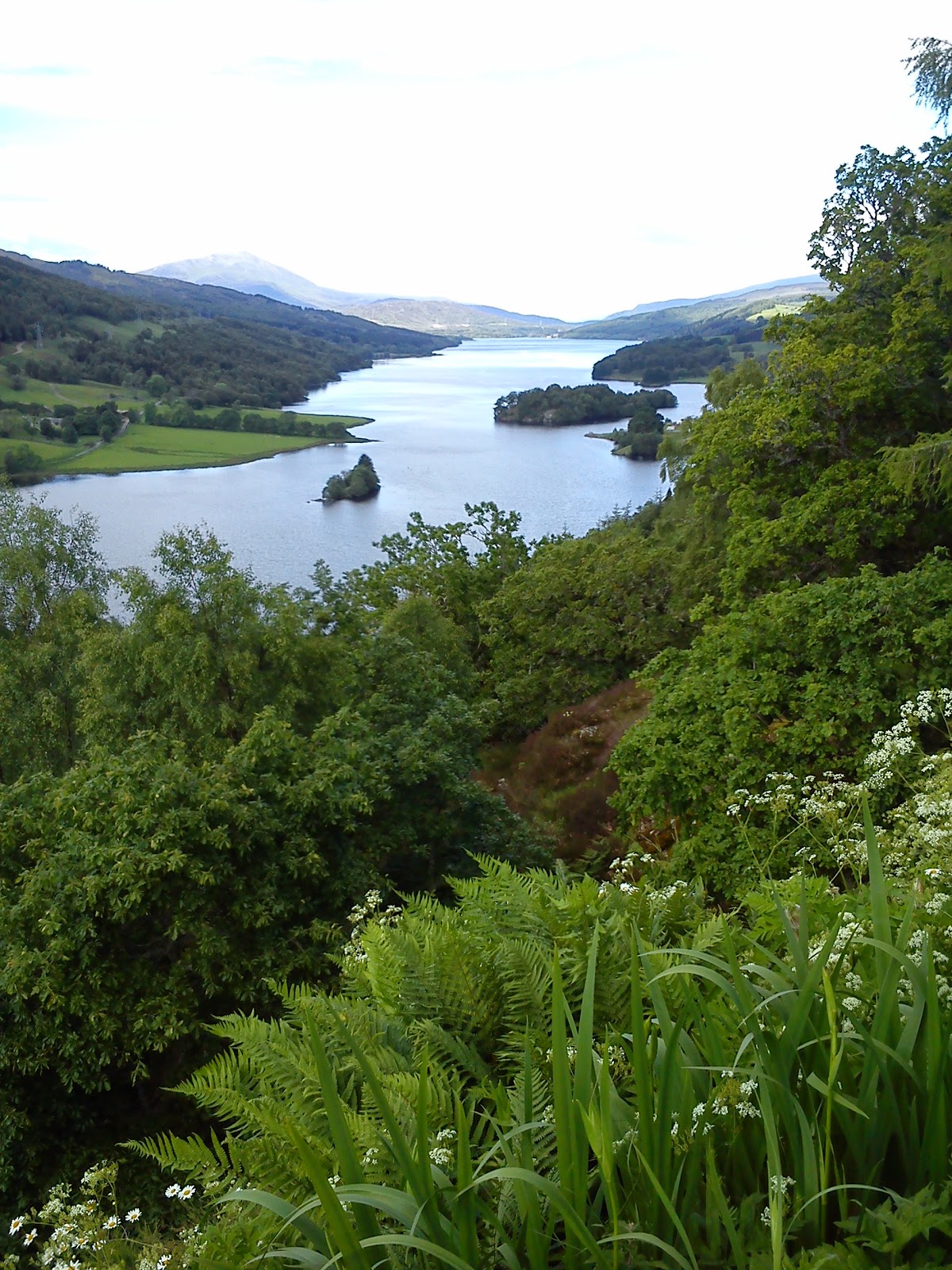 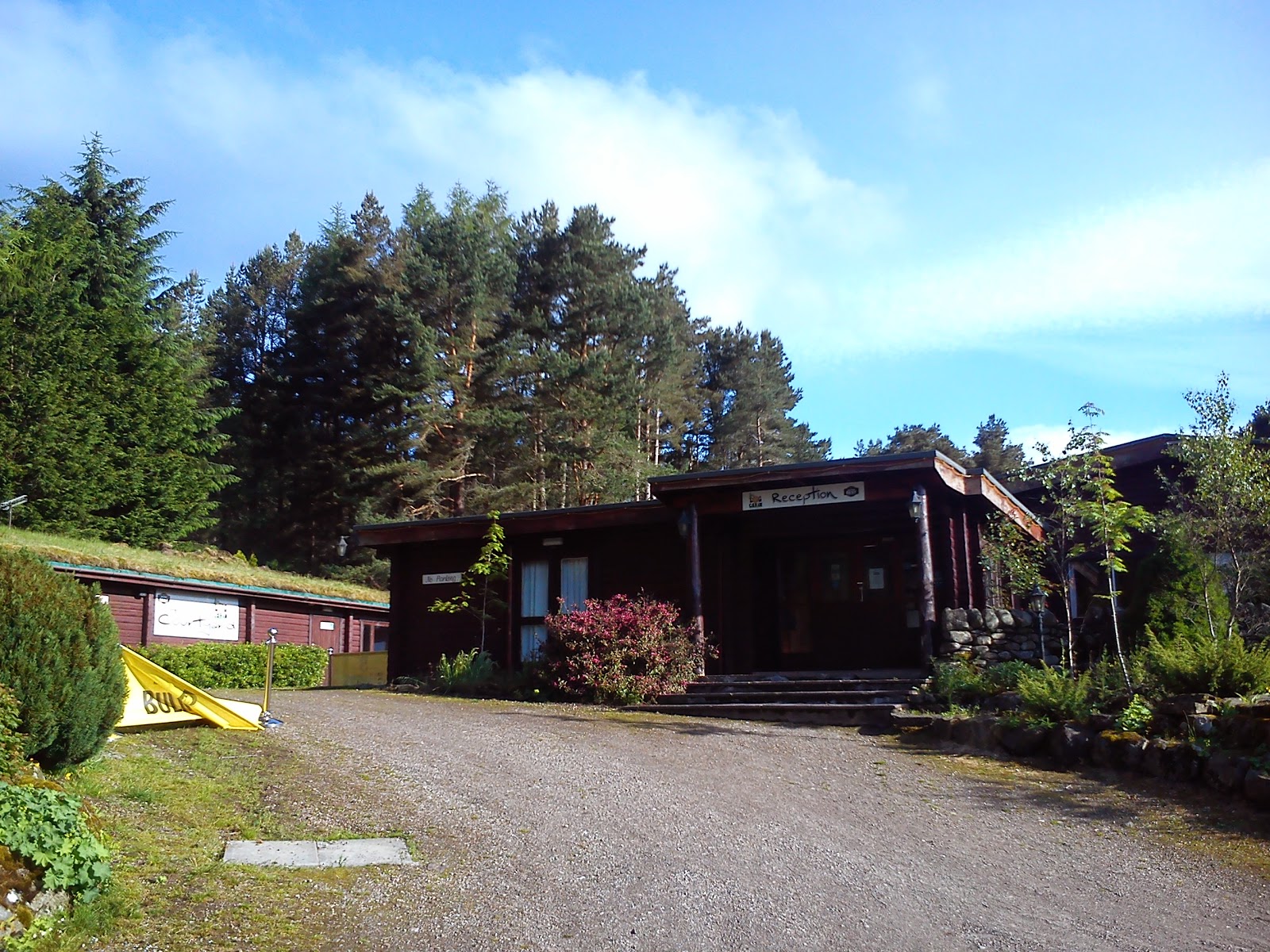 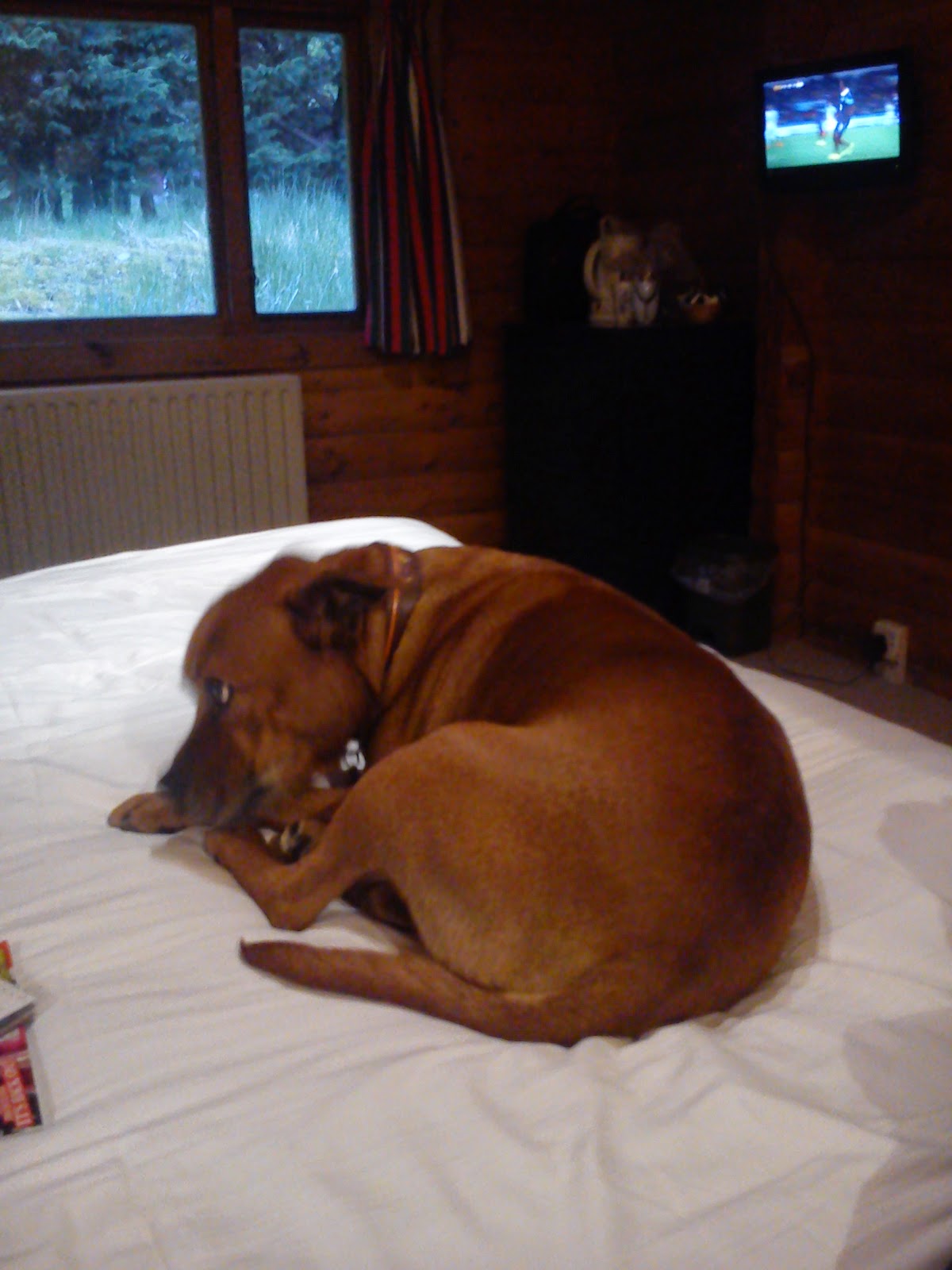 Dads watching the football so won't notice if I just have a wee sleep on the bed!!